DOES A Bill of Sale NEED TO BE NOTARIZED? 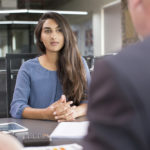 A bill of sale is a document that transfers ownership of goods from one person to another. It is used in situations where the former owner retains possession of the goods. Bills of sale may be used in a wide variety of transactions: people can sell their goods, exchange them, give them as gifts or mortgage them to get a loan. They can only be used:

Bills of sale exist at common law quite independently of any legislation.

Bills of sale in the US

The term “bill of sale” originally referred to any writing by which an absolute disposition of personalty for value was effected or evidenced. A common feature of such dispositions is that the owner mortgagor remains in possession and exercises all the attendant rights of ownership, which may be so overwhelming as to induce a third party to accept the same chattel as a security for a grant, albeit without notice of the first mortgagee. This scenario made the bill of sale a veritable tool of fraud.

A bill of sale has been defined as a legal document made by the seller to a purchaser, reporting that on a specific date at a specific locality and for a particular sum of money or other value received, the seller sold to the purchaser a specific item of personal property, or parcel of real property of which he had lawful possession . The Black’s Law Dictionary on its part defines a bill of sale as “an instrument for the conveyance of title to personal property, absolutely or by way of security”. According to Omotola the bill of sale is “a form of legal mortgage of chattels”. Bullen and Leake and Jacobs define a bill of sale as “a document transferring a proprietary interest in personal chattels from one individual (the “grantor”) to another (the “grantee”), without possession being delivered to the grantee”.

In essence, a bill of sale is a written instrument showing the voluntary transfer of a right or interest or title to personal property, either by way of security or absolutely, from one person to another without the actual physical possession of the property leaving the owner and being delivered to the other party. It is clear from the definitions above that the bills of sale are essentially of two types: The absolute bill of sale and the conditional bill of sale.[2]

The absolute bill of sale

Absolute bills of sale, which do not represent any form of security whatsoever, are simply documents evidencing assignments, transfers and other assurances of personal chattels, which are substantially no more than mere contracts of sale of goods covered by the common law of contract and the sale of goods law.

The conditional bill of sale

There are other forms of security over goods such as a pledge and contractual lien which also only give right to a security interest of a possessory nature.

An example of a conditional bill of sale can be found where a creditor gives a loan and has transferred to himself, as collateral or security for the loan, the title of the goods or other personal property of the debtor. The physical goods or other property however remains with the debtor.

The bill of sale for a vehicle

Six states  require that a bill of sale be notarized before you can transfer the title of a vehicle. States that require a notary public stamp on a bill of sale are:

Florida does not require notarization for the bill of sale of a vehicle.

Some bills of sale for the transfer of items other that vehicles may need to be notarized if the recipient requires it, though this is not in every case.

More information here. All text retrieved from Wikipedia under a Creative Commons license.

Notarized documents are typically either an Acknowledgment or Oath/Jurat: While individual situations may vary,  please note that Acknowledgments tend to use a variation on the word “acknowledge”. Oaths/Jurats tend to use the word “affirm”, “sworn”, or “swear.”  Once you add the word “subscribe” to an Oath, that Oath is also called a Jurat. If you are unsure, please consult with the individual who provided you the document as this may not be used as legal advice.

Notaries are not attorneys, and do not provide legal advice. The materials available at this web site are for informational purposes only, represent the opinion of the author or authors and do not constitute legal advice. As laws change information may become outdated. You should contact your attorney to obtain advice with respect to any particular issue or problem.